GETNEWS – The Ministry of Communications and Informatics (MCI) urges journalists covering the Pertamina Grand Prix of Indonesia 2022 event on March 18—20, to make maximum use of the facilities provided at the Media Center Indonesia (MCI).

This appeal was made by the Ministry’s Director General of Public Information and Communication Usman Kansong at the Pertamina Mandalika Internasional Street Circuit iconic point, 360 Hill Giant Signage on Wednesday (16/3/2022).

“Spread positive narratives regarding the MotoGP Mandalika 2022 because it brings Indonesia’s name to the global level. Use all facilities such as the internet that are prepared for the journalists. Indonesian people need accurate information regarding MotoGP 2022,” said Usman.

“The MCI is the realization of  the Ministry of Communications and Informatics support in the implementation of MotoGP in NTB. This facility is specifically dedicated to fellow Indonesian journalists who are not accommodated for accreditation by Dorna Sports as the promoter of MotoGP,” she sexplained.

MCI is the result of collaboration with the Mandalika Grand Prix Association (MGPA), as the manager of the MandalikaCircuit. The MCI is located in the main parking lot, across the Mandalika Circuit paddock.

Erected on a 500 square meter area, the MCI will be a supporting facility for journalists covering the 2022 MotoGP.

“Journalists who will cover MCI are required to register with the Ministry of Communications and Informatics, the NTB Police Public Relations Sub-Division and the NTB Province Communications, Informatic, and Statistics office. We will prepare a special pass card for MCI journalists,” said Septriana.

Furthermore, Septriana stated that to support the coverage of the 2022 Mandalika MotoGP, MCI is equipped with a high-speed internet network of 100 Mbps.

“We also provide food and beverages, 20 laptops, printers, televisions, and massage chairs. The MCI  is also equipped with six air conditioners,” she said.

Septriana explained that the MCI will be operating on 08.00—17.00  WITA (Central Indonesian time), every day during the event. Strict health protocols must be observed in MCI, including putting masks on, washing hands, and avoiding crowds. “We also require our fellow journalists to take antigen tests that we provide at the MCI entrance,” said Septriana Tangkary. 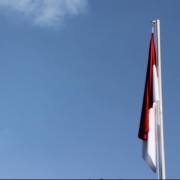